part 2: my photos from our big Europe trip in July/August! 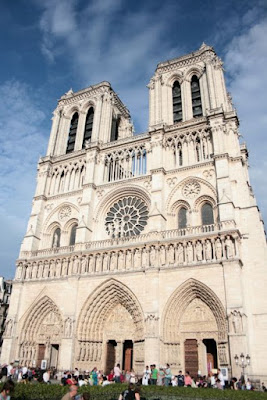 notre dame
so here are the rest of the photos (that I am going to post that is) from our Europe trip. well, I lied. I am going to post about what we bought as well. and I still want to post where to go in paris and london.... I am so slow at this right??? Ive been back for a month already! Hey. I've already made a photobook of the trip though... made, shipped, and in the stack of other photobook/albums. yeah!

Anyway, here are some more of our shots from Paris and London. No we didn't venture out of those two cities because of our little one year old in tow. Oh how we wanted to, but in order to REALLY see the places we went, we decided to keep it to a minimum:) 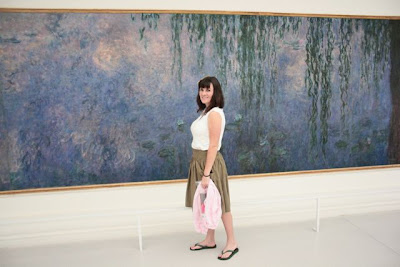 musee d'orsay (in front of one panel of monet's waterlilies) 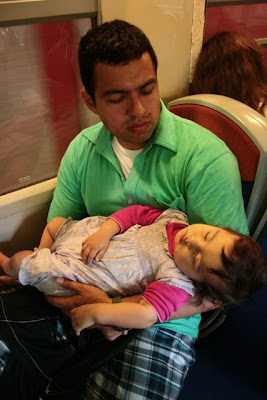 olivia zonkered out after a full day of museum hopping (on our museum pass of course!) 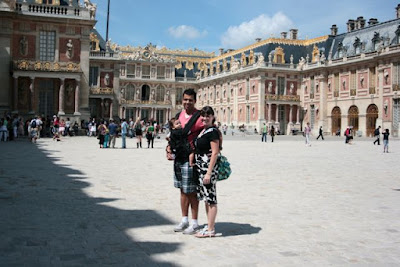 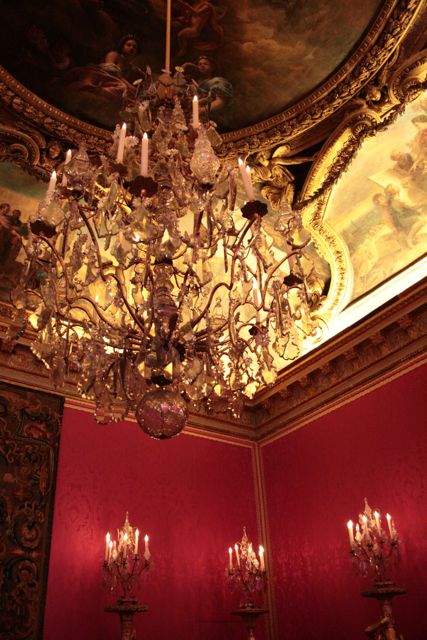 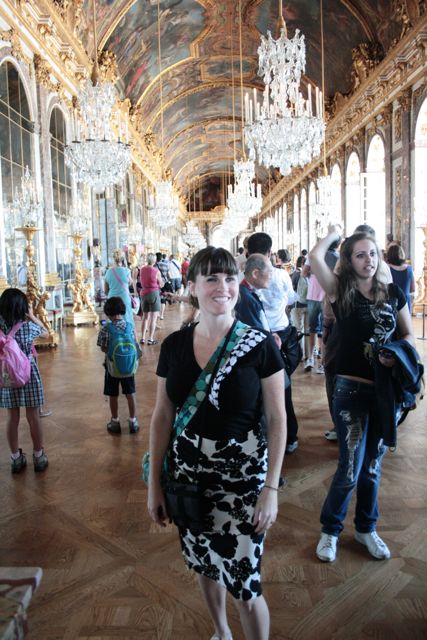 this was our favorite hall at versaille. so pretty and light. 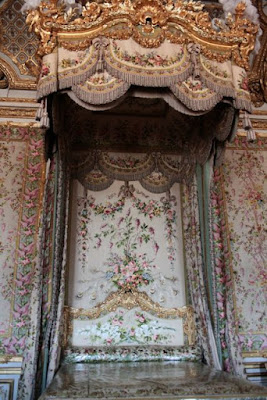 immediately pictured "Marie Antoinette" (the movie) when I saw this room. actually I just played that movie in my head as we toured the whole place. 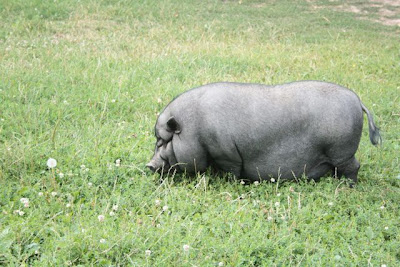 a pig at the marie antoinette's village (oh let me tell you it was a trek to get there and NO ONE who worked there seemed to know what we were talking about when we said we wanted to go to MA's village!!! arhhhh. but we made it. and we loved this fatty fat pig!) 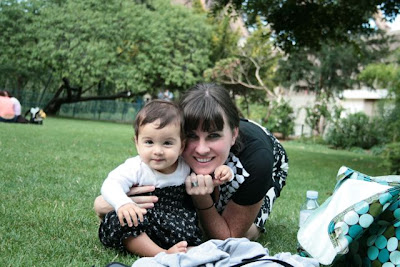 at the base of the tour eiffel. 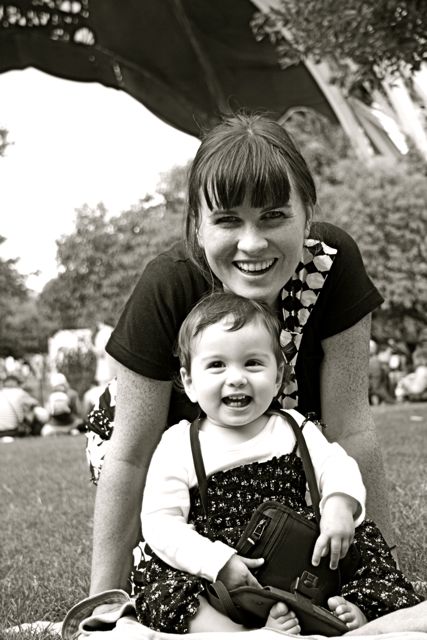 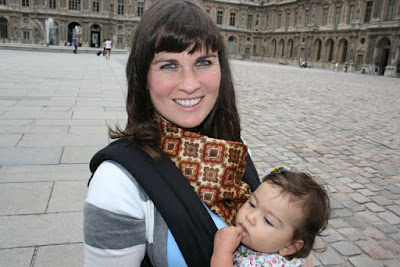 at the louvre. NOT a fun trip. maybe next time, by myself in any other month but july/aug.
ps my nose looks weirdly large in this photo. 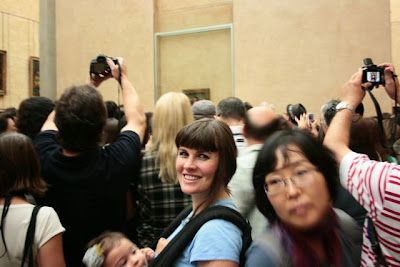 i told franc to take this photo because it was so ridiculous. I don't really even care about the mona lisa (its WAAY overrated and barely even talked about in art history classes, of which I have taken many), but I had to see it since I was coming to the louvre. I knew it would be behind glass, but I didn't know that I would feel like I was at a concert! there was a guard, it was roped off, and people were barreling through the rope-things! 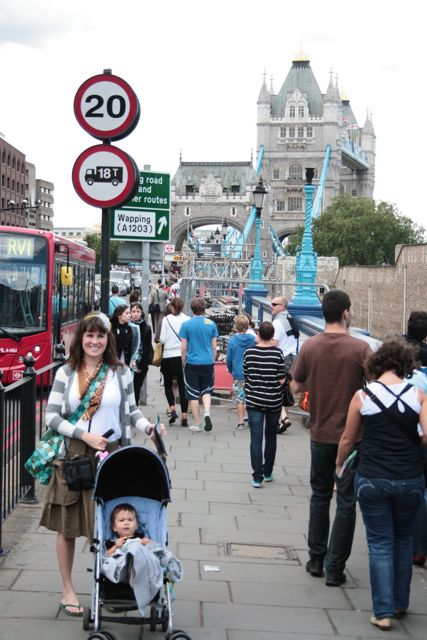 I wasn't really excited to see london, maybe because it always looks so gloomy, wet, and grey in the movies. BUT I must say that I very much enjoyed it. I LOOOOVED the shopping and the food the most. (more on that in a later post). 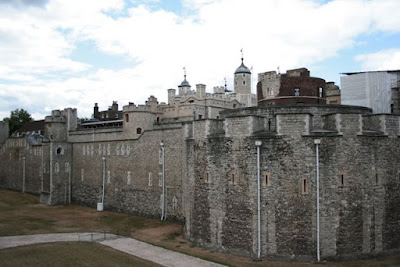 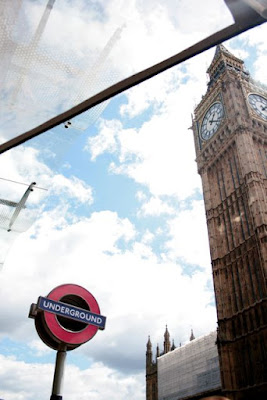 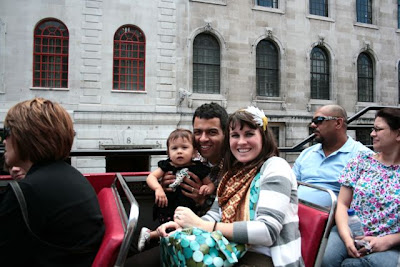 we did the "Original Tour" and it was fabulous. perfect for a couple with a baby. my very favorite was the cruise on the Thames. the guide was HILARIOUS. i love british humor. 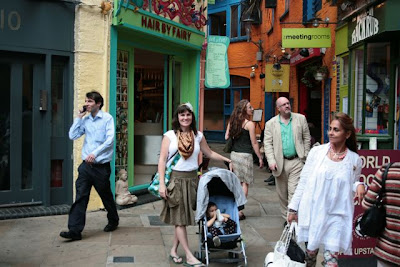 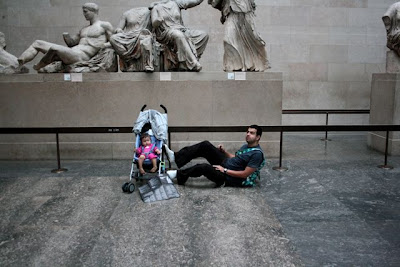 franc posing like the statues. he (especially--because he had lived in greece for 2 years) and i were excited to see the missing parts to the ruins of the parthenon at the british museum. 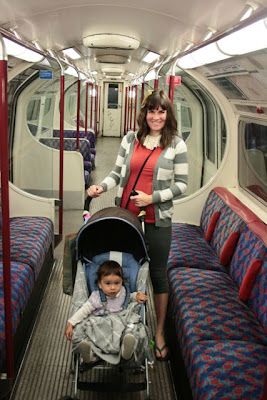 london tube. i didn't expect it to really be like a tube! 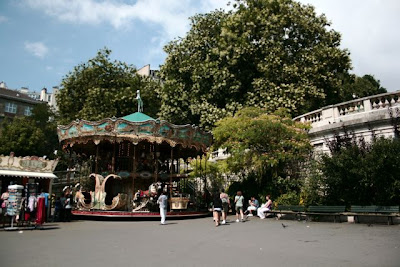 base of the sacre couer, paris 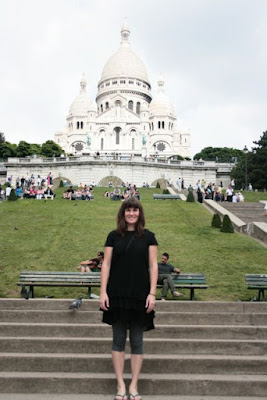 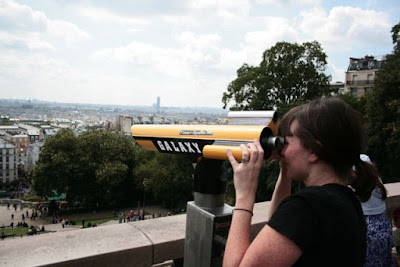 sacre couer, paris
i was trying to relive "amelie" my all time favorite movie, but i was sad to see they had replaced these binocular things with new ones. not as cool. 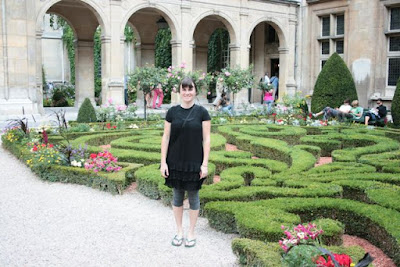 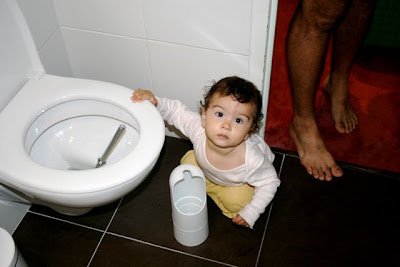 I took my eyes off the girl for TWO seconds and this is what I found her doing. cleaning the toilet in our hotel room. 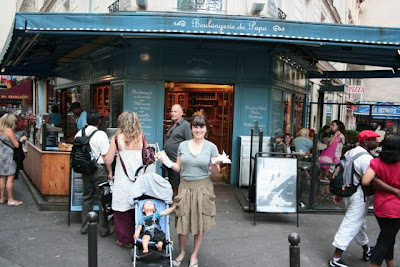 thanks to a recommendation from my friend meredith (she gave me lots), I ate the most yummy crepe ever (and we ate lots on this trip) at the boulangerie de papa. mmmmmm.
so thats it on the photos! hope you liked em! if not, well at least I didn't sit you down and go through all 1300 now did I??? can't say as much for my family or our local friends...
Posted by blueeyedfreckle at 2:11 PM Pin It

You and your family are so precious, and Olivia's gotta be one of the prettiest little girls around. Looks like such a fun trip, and bravo to you for taking a toddler!

What a wonderful trip. We took the same trip this summer (London/Paris) I am so impressed that you did it with a one year old in tow! How did you ever manage all those stairs in the tubes? You deserve a medal!

Such great photos! I'm so glad you made it out to l'hameau de la reine (Marie Antoinette's place). So fun! I love that place. I am still bummed we aren't standing TOGETHER in that photo in front of the crêpe stand. Traveling with kids keeps things extra unpredictable, right?? ;) ps: what kind of camera/lens are you using?

It looks like you guys had sucha great time! I love that picture of you and Olivia.. the one in black and white where she is sitting on the ground. So cute of you both!

Thanks for your advice on the wholesale thing by the way. I really appreciate it!

Weren't excited for London??? WHAAAAT???? Best city ever. Hands down. I do love all the pictures though! Versailles was my favorite part of Paris... and I have a fantastic pic of the Mona Lisa if you want it :) I went in April, and had no problems at the Louvre. I wish I could go back!

What a fun trip! Loving all your cute ensembles (outfits)!

haha - mer and i are on the same page - tell about your camera. oh, and could you pass on the recommendations mer gave you for paris? i haven't heard of that crepe stand but it looks amazing.

what do you say the 3 of us go on a paris trip when our babes are a bit bigger?