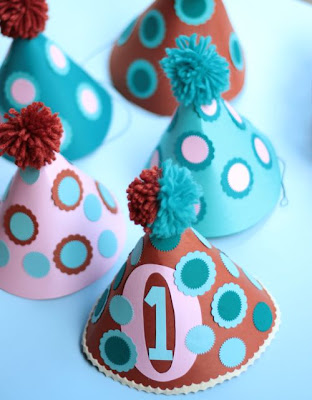 Materials:
cardstock
hot glue
punches, or stencils?
yarn
thin elastic ( I bought a spool for about $2)
pom-pom maker (you can buy them or make them from cardboard, I have links below)
scissors
small scrap of felt.
*optional: felt, ribbon, etc for rim of hat 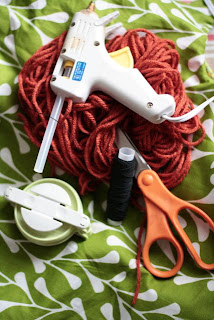 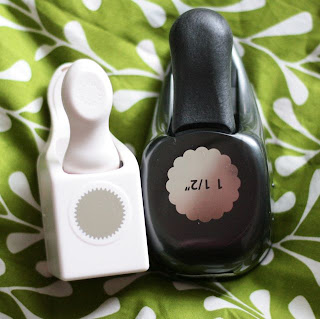 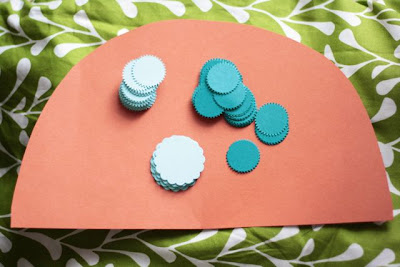 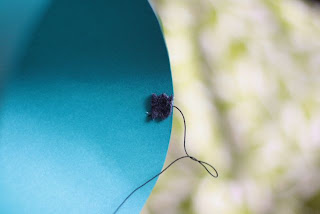 3. Put a line of hot glue on half of the straight edge, then curve the other side around and overlap them. (this isn't so easy, the paper may fight you).
4. Measure the elastic around your head, or the head of the child, then cut. I attached it with a dab of hot glue, and quickly covered it with a tiny piece of felt to secure it.
5. following the instructions on the pom-pom maker, make some pom-poms!!! I loved this part. These are the exact ones I have. There are photo instructions on the back. BUT here is a way to make one without having to buy anything! 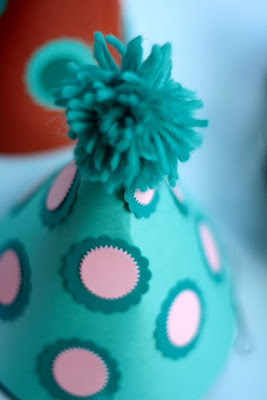 6.Hot glue all the punches onto the hat, (you can do this before or after you curve it around into a cone). To attach the pom-poms you just put a huge dab of hot glue on the pointy top of the cone. Then quickly place the pom-pom on top. 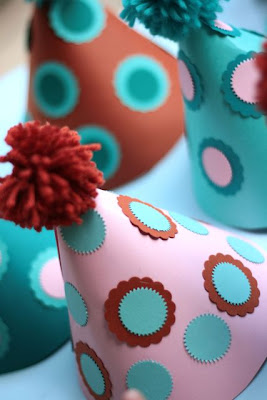 You've now made a blue-eyed freckle birthday hat! I had a hard time getting all the parents and kids at the party to keep there hats on, which was a little but of a bummer after all the hard work, but they were at least good for pictures, and now olivia has them in her dress-up box (for the future). 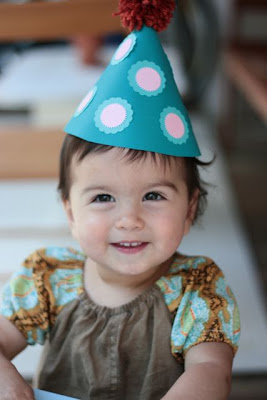 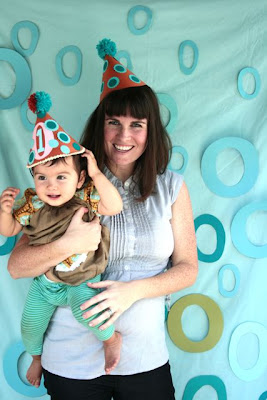 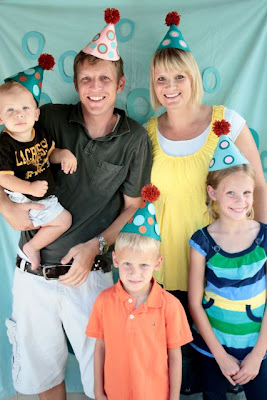 a few photos of the party hats in action... and here is the link to my post about her party...

**side note: I used to make scarves out of these hand-made pom-poms,  I need to scan in a photo for you all to see. It was in college. Also, with the extra pom-poms I made a hairclip, which I am currently in love with. A little much for most people I am sure, but I am in love with the rich aqua hue of the alpaca yarn on the pom-poms.
Posted by blueeyedfreckle at 7:56 AM Pin It

Email ThisBlogThis!Share to TwitterShare to FacebookShare to Pinterest
Labels: how-to, while you were napping projects

I'm soooo going to make these for Diego's b-day!

LOVE the handmade pom poms! Great hats, so sweet:) Thanks for sharing!

Love your blog! Been on here for an hour now, so cute!

Oh my gosh they are SO cute! I love them! Thanks for the how-to, I'll be linking.

These are just fantastic, love the color combo! I'm going to link to this on my weekly international blog linking party, and would love to see you there too, you can feel free to link to more projects. all the best!

These hats are the sweetest! Sharing on our FB wall today. So cute!