I love the way a basic t-shirt fits my body. But seriously, they aren't very stylish, which is why I am always trying to find ways to make them cute! (As seen here and here and here.) So here is my latest! 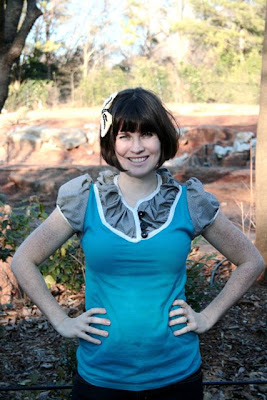 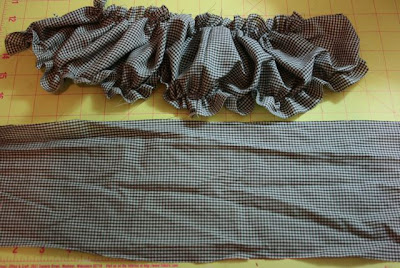 1. Create a strip of fabric that is 54" long (I was using a men's shirt so I just cut two pieces and sewed them together) and 5 inches wide.
2. lengthen your stitch (on your machine) to a 4 or 5 and then sew one line 1/4" from each of the long sides of your 54"x5" strip.
3. pull those strings to gather up the strip. 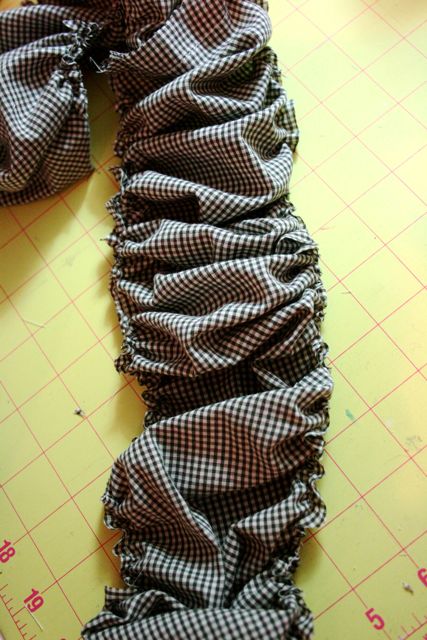 4. trim the excess pretty close to the stitching w/o cutting the stitches. 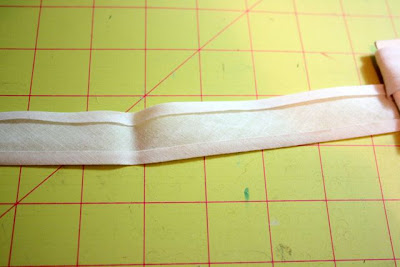 Now get out your bias tape (that stuff that you see near the thread and zippers in the fabric store). 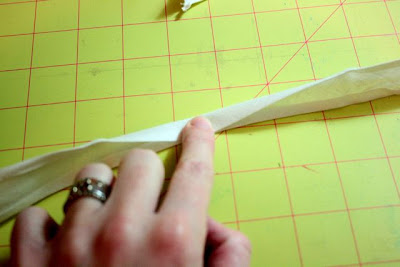 5. Mine was some vintage cream single fold, so I had to fold it over (as shown) and press it in half with my iron. 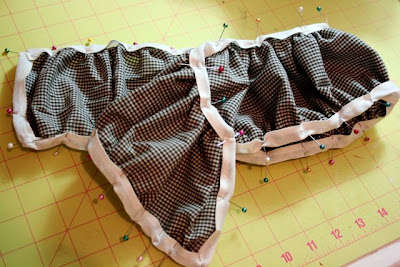 6. I then took the bias tape and sandwiched the folds around the raw edges of the gathered strip (and I pinned it obviously). 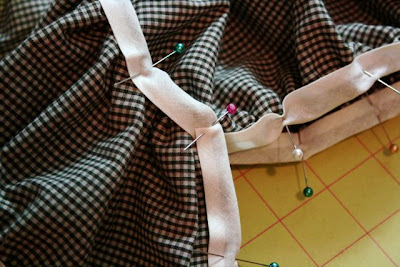 (here is what I did when I had to turn corners) 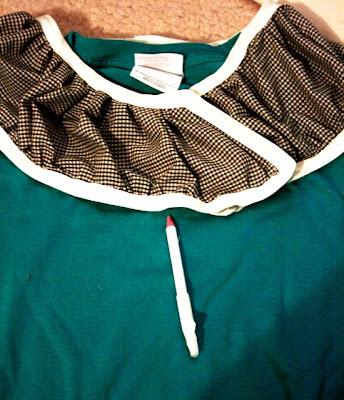 6. I then laid it on top of my t-shirt, around the collar as I would want it to be placed.
7. Then I took a fabric/sewing pencil and outlined the outer edge (where I would want to cut the t-shirt collar off). 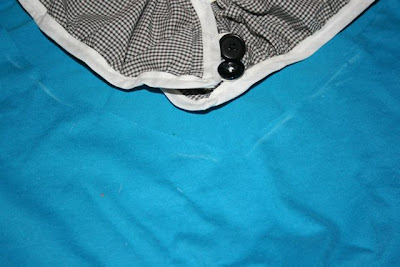 8. Can you see that faint line where I had sketched? (I moved the gathered piece up from it so you could see.) That is where I cut the t-shirt. note: I only cut the front, not the back, I wanted to wait until I had sewn it on to cut the back off. 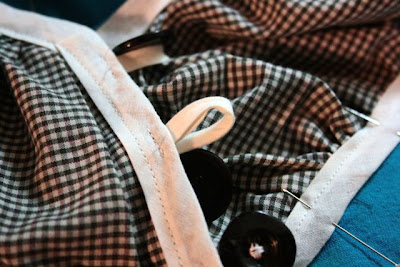 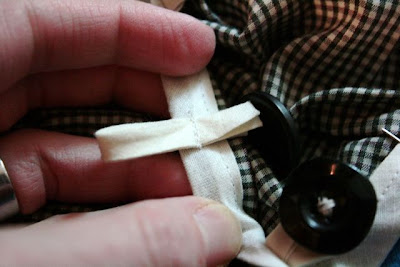 9. You can do this part earlier or later than now, but I am going to insert this part of the tutorial in now. You need to sew 3 strips of bias tape into loops for buttons. Sew them on.  DON'T PUT THE BUTTONS ON UNTIL THE END (I had to re-do mine). 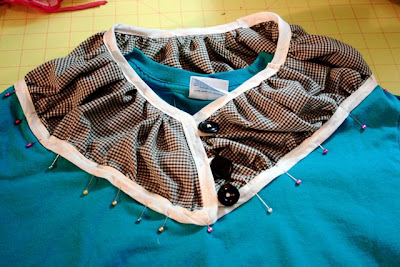 (again disregard that I already have buttons on mine)
10. Put your t-shirt on and get a feel for exactly how you want your collar to lay and then pin it down. (or you can just sew it exactly how you drew it on the t-shirt, but I found that mine needed to be tweaked a little bit and I ended up overlapping the ends more than I had thought).
11. Sew it in place, and then put in your buttons so that they correspond with the loops.
12. For the puffy sleeves I did the EXACT same thing that I show in THIS tutorial, so I didn't repeat it. The only difference is that I bound the edges with my bias tape so that it matched the collar. (Again if you don't own a sleeve pattern, or have only a regular sleeve pattern and you want to make it a puffy sleeve, then look at this tutorial.) 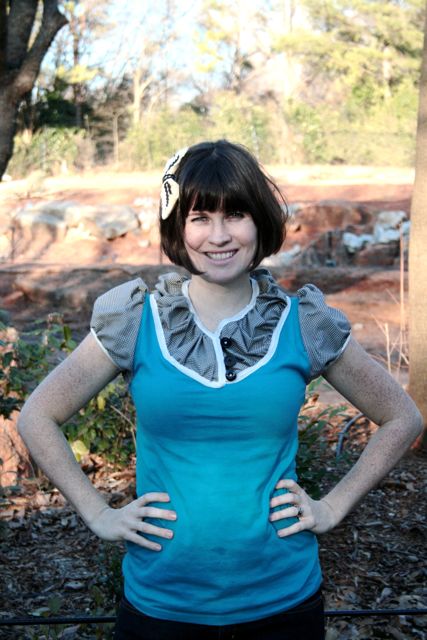 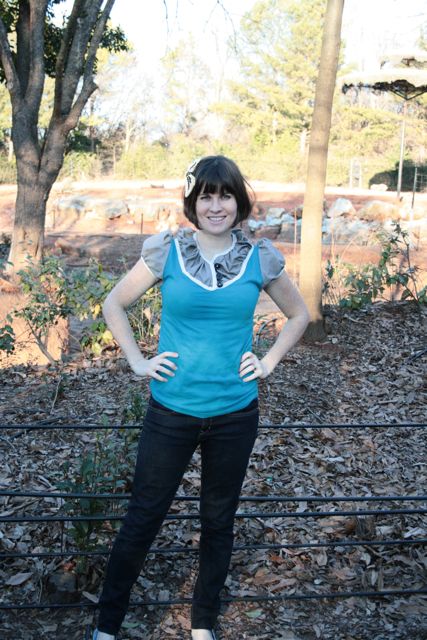 FINISHED! I love mine! And if you are wondering about the random location I chose to pose, well it was because 2 seconds before there were giraffes behind me. We were at the zoo. Unfortunately they were all gone by the time I got a good shot and olivia wasn't running away....
Posted by blueeyedfreckle at 8:30 PM Pin It

Email ThisBlogThis!Share to TwitterShare to FacebookShare to Pinterest
Labels: how-to

I love this! I have a feeling mine wouldnt come out so cute if I tried this, but I just might go for it anyways.

VERY cute! Love what you did, its so chic and stylish! Great transformation! and you look great pregnant!

This one is my favorite. I love your hair.

I seriously can't wait to try this! I LOVE it! Thanks for the tutorial