Thanksgiving decorations to hold you over.... 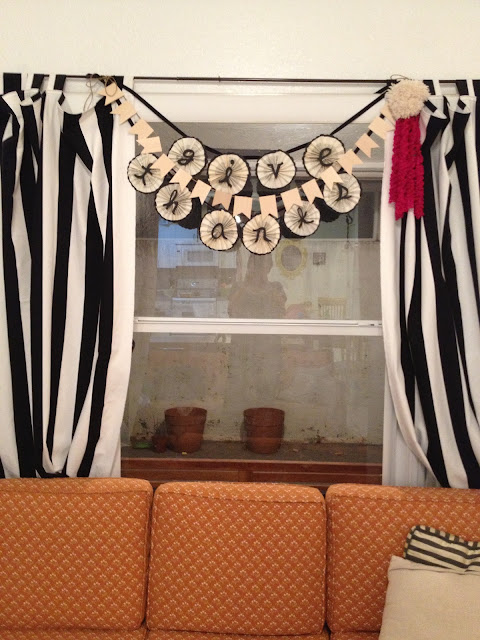 My daughter was really upset when I took down the Halloween decorations this year. And I felt a little tug to put up Christmas decorations, but knew that November 1st was a bit too early... So I decided this year I would make some Thanksgiving bunting! 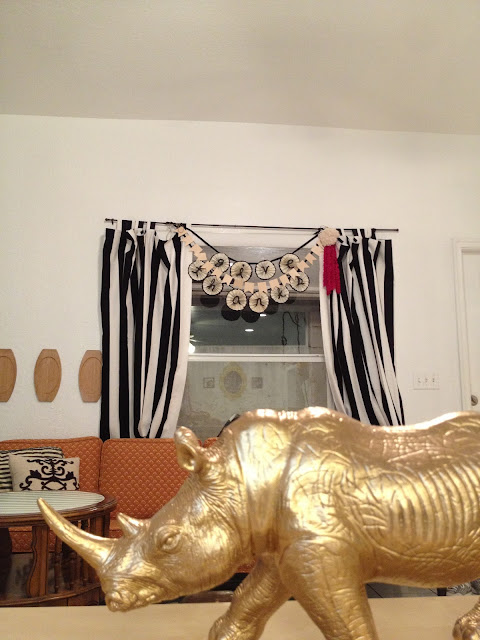 Now, I made THREE different buntings, but the third one has yet to be hung because I have yet to punch the holes in it to be strung.

1.I made the circular accordions out of book pages for my wedding 6.5 years ago. My mom saved them, and here they are finally being put to use again! I mounted them on black posterboard and scalloped the edges. Then I cut out cursive letters to spell "give thanks." I couldn't think of anything better (I'm not so clever with words).

2.The wooden bunting was inspired (copied) from this and though I never read the tutorial, I had a visual in my head when I was at the craft store. I have no idea where you would get the veneer cards they are referring to, but I just bought thin balsa wood (not the thinnest, the next one up) and cut it with an exacto knife. I thought about dipping them in gold, or adding something to them, but then I realized that's what I always do, and maybe a little simplicity would be better for now:) 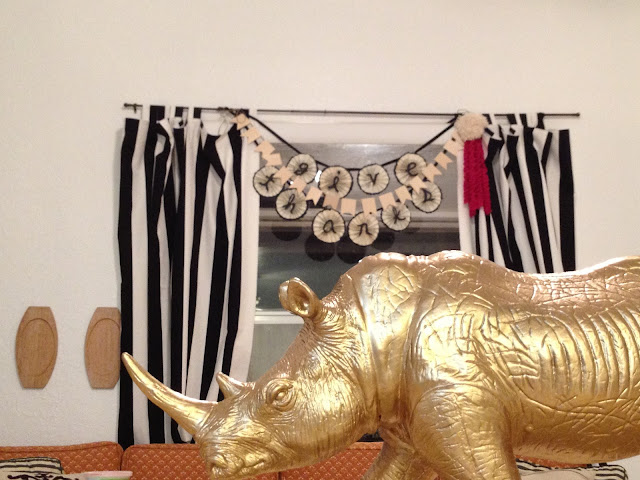 The pink/cream decoration on the side is a tutorial I have coming soon (as well as the 3rd bunting!). and lastly, I spray-painted this giant toy rhino gold, because he hangs out on the shelving that divides the living room from the "play room," and I thought it looked more sophisticated! Also I plan on strapping some presents on his back for Christmas.

Posted by blueeyedfreckle at 5:41 PM Pin It