I saw a shirt in the Anthro's spring catalog last year that had a little caplet at the top (attached to the shirt). I had torn it out as inspiration, but when I went to make my own version of the shirt I decided it would be better if I could remove it and wear it with lots of shirts! I apologize that this tutorial is coming umm 4 months after I made it, but I've been a little distracted with life lately:) 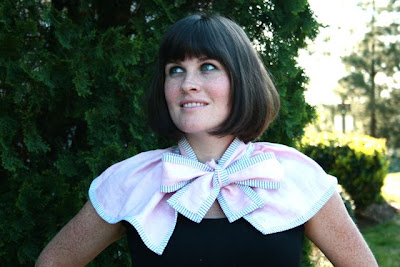 MATERIALS NEEDED:
-fabric 54" long (1.5 yards)--I used linen, but you can use other fabrics as well. sheer, cotton, whatever you choose! I think flowy fabrics would be prettiest.

-contrasting fabric for making your own bias tape (I didn't actually cut mine on the bias b/c it was only used on straight edges), or pre-made bias tape 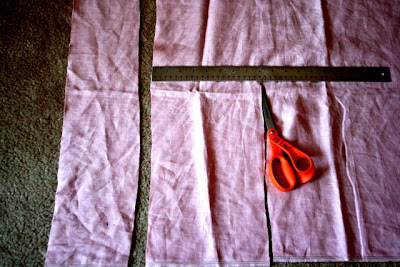 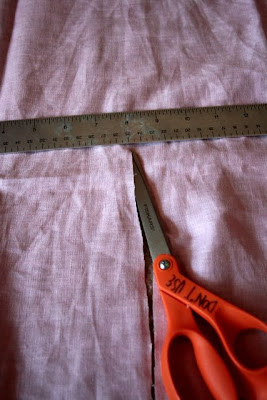 (this is how I attempt to cut it all the same width: I move the ruler down a bit at a time, and cut toward the inch mark.)  I prefer this to marking it repeatedly down the length. 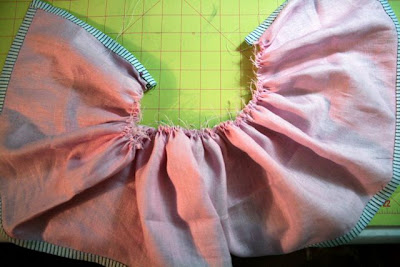 4.  sew a long-length stitch down the un-"taped" edge and then pull the string to gather. 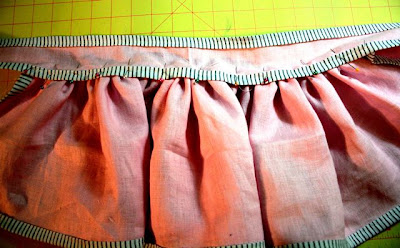 5.pin the long strip on top of the cape part, making sure you center the strip. sew. 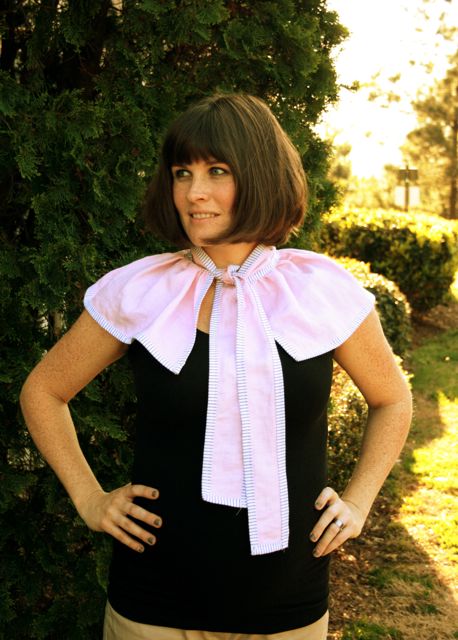 DONE! Love this thing. I seriously regret not taking photos of it much earlier in my pregnancy (I am about 7 months in this photo). I had envisioned photographs with a cute shirt and jeans tucked into my rainboots. But this is what happened.... the most boring, uninspiring outfit I could possibly wear! At least the caplet makes it more interesting:)

I love that it is kinda preppy, kinda funky. I think the next one will be some flowy silk or something fancy:)
Posted by blueeyedfreckle at 8:00 PM Pin It

Email ThisBlogThis!Share to TwitterShare to FacebookShare to Pinterest
Labels: how-to, what I am wearing

What a fun piece! I love the pink- perfect for spring! Thanks for sharing the details, I'll be spreading the word.

I just found you via One Pretty Thing. Your capelet is lovely.

This is super cute!