For those that don't know... I found out I'm having a boy!! Yes, I have been a TERRIBLE blogger the past month, but there has been a whole lot going on in my life. Some good, some bad, but either way the blog is not as important as real life. You all with me? Anyway, when I found out I was having a boy I was not really surprised, since I thought I was having one anyway, BUT the reality of it set in once I saw that little guy up on the screen. I am having a boy. WHAT????

I know everyone thinks girls are "so much harder!.... so much drama.... " etc etc. I really resent those comments, being that A. I AM A GIRL. B. THE PEOPLE SAYING THIS ARE GIRLS!!!! what? Don't hate on your own sex! Anyway, I have loved having girls a ton. And I must say the thought of having a boy scared the crap out of me.  Anyway, on to today's topic. BOY CLOTHES. Not alot of cute stuff out there. And the cute stuff is a little boring sometimes. I need my boy to wear some color, have something to compete with his sisters' clothes! Haha. So I bought a bag full of clothes from my neighbor and got to re-vamping some of them.

And now you can follow me on my journey towards making a cool wardrobe for my little boy. (Some homemade, some re-done.)

ADDING NEW TRIM TO THE SHIRT: 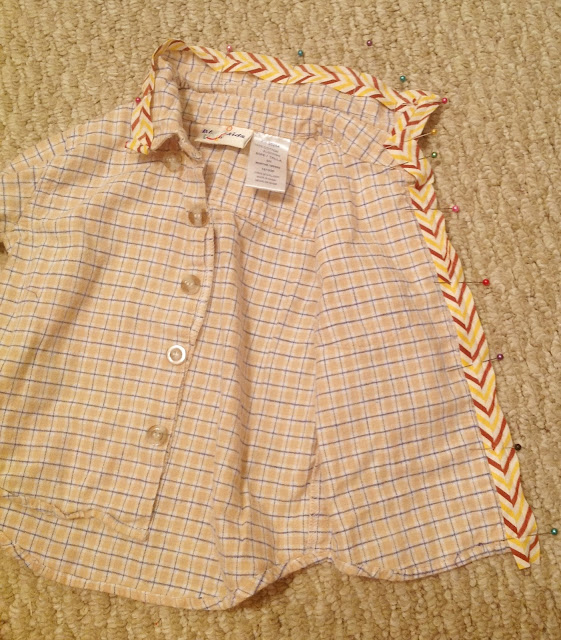 1. open and attach your bias tape exactly how I did mine (if you have never sewn bias tape and are confused, google it, its simple) so that the tape is on the under part of the collar (the part that will actually end up on top when folded down), and the inside of the button hole side of the front of the shirt. Sew in the ditch. (DON'T FORGET TO FOLD YOUR ENDS UNDER.)

****** DO NOT SEW AT THE CORNER OF THE COLLAR, WHICH IS A RIGHT ANGLE. stitch up to the part where the fabric is folded and creased and then stop. Drag the fabric (without cutting the strings) to just after the corner onto the next section going down and begin sewing again. This is so important, because otherwise when you go to flip the bias tape over you won't be able to! There is probably another way to do this, but I don't know and this worked for me! 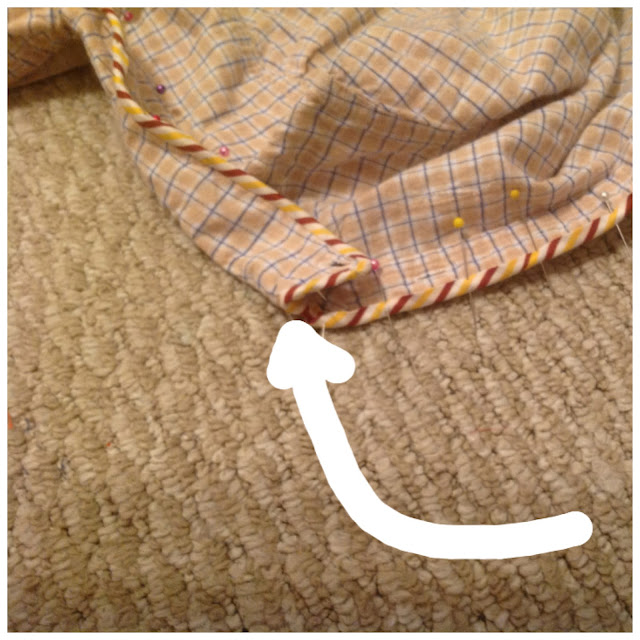 2. once you have finished sewing that, flip the rest of the bias tape over to the other side and secure with LOTS of pins.
3. Begin sewing on the part of the collar that will show when folded down (when its flipped up its the inside of the collar). When you get to the point where I drew an arrow (where the collar ends and the shirt front begins) backstitch and cut your strings. Begin sewing again on the TOP of the shirt/bias tape (the shirt front). This way all of the exposed parts of the bias tape look good where you have stitched!!!!

CHANGING OUT THE POCKET: 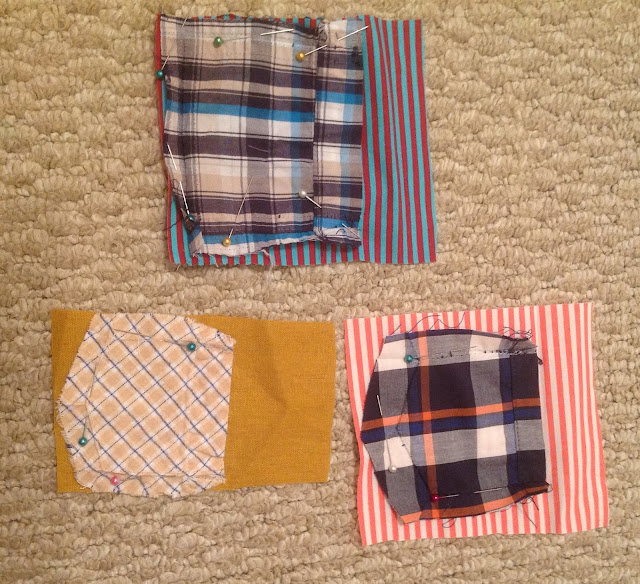 Now its time to add a punch of color.
1. carefully use your stitch ripper to remove the original pocket. Undo the folds and lay it out on the new fabric.
2. trace or pin and then cut. (I didn't undo the top of the pocket, I just left extra room when I cut it, don't forget that part!!!)
3. Fold and sew down the top of the pocket (The part that will be left open to stick stuff in).
4. Take the new pocket and fold &iron the creases exactly like the old pocket.
5. Pin the new pocket onto the shirt in the exact spot as the old one! Sew! easy peasy. 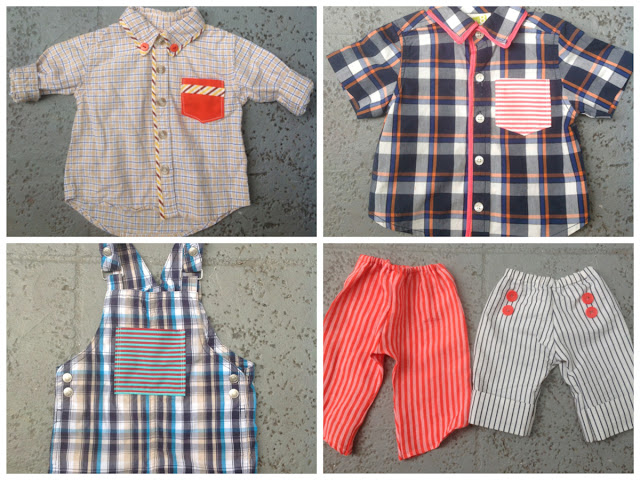 Here are the 3 pieces I re-did  and two (of the 5 I've already made) pairs of pants I made from old shorts and shirts of mine! I am in love with these boy clothes!

Here is the pattern/tutorial I used to make the pants, and here is one for larger pants. Seriously, pants are the easiest thing to make for your little ones! I had no idea!

And this is a super easy way to take those cheapy onesies (the ones with unfinished sleeve hems) and make them slightly hip-er: 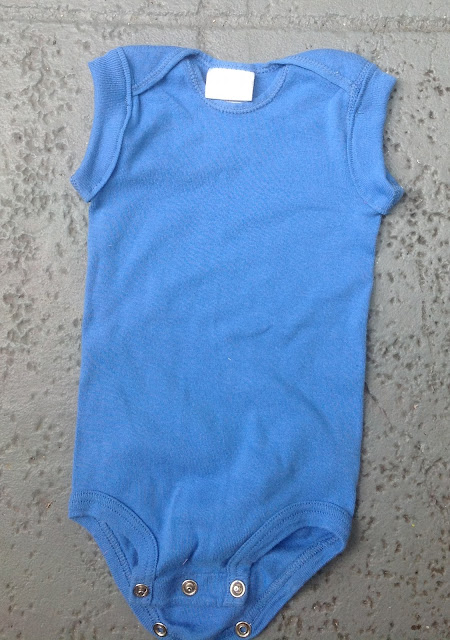 I just took the sleeves and rolled them inward and sewed them down to make a muscle shirt! Bring it on.

Posted by blueeyedfreckle at 12:20 PM Pin It

Email ThisBlogThis!Share to TwitterShare to FacebookShare to Pinterest
Labels: baby stuff, boys, DIY, for males, how-to, while you were napping projects

oh such a cute idea! on the onsies you could make fabric stencils out of freezer paper and put little animals on them - i did some of those for a friend when she had twins!

<3 katherine
of corgis and cocktails

I'm looking forward to all your boy posts because I have a 5 month old little guy. He is so much fun. You'll love having a boy. :)

Love this! I have an almost 5YO that loves to dress cool and a 12 week old. They need to dress cool like their sister and this may just do the trick!

Great ideas! I don't have a boy, but I do have a nephew who just might get a revamped shirt in the near future!

Quite original and fresh. I really like these and feel sad I didn't see them 6 years earlier while expecting my son... it would have been so much more fun in the beginning. I was lost with the boy-aesthetics. Now he is becoming very conscious with style questions... I don't know what to expect but I'm happy he still loves colours!