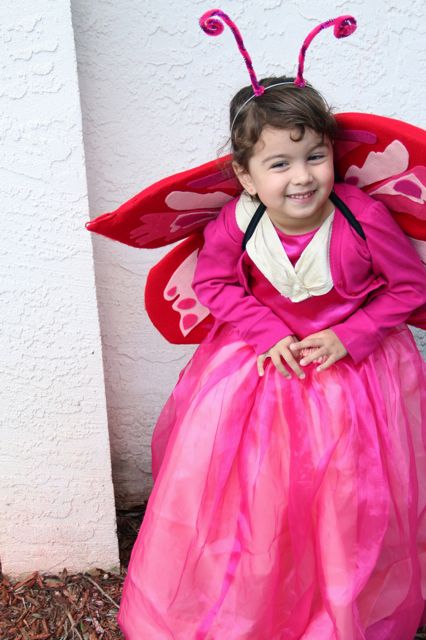 Because she wanted to be both Sleeping Beauty AND a Butterfly.... I introduce Sleeping Beauterfly, who couldn't have been happier in her outfit all day (this was right before her preschool parade). 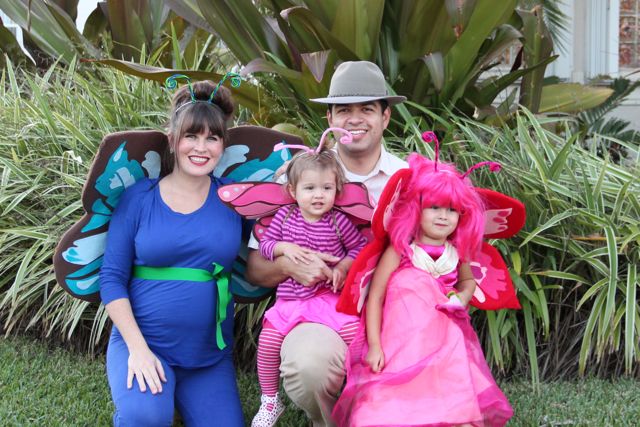 I know being a butterfly isn't super original but Olivia is 3 now and turns out she is very opinionated about what she does and does not want to dress up as. Pink anything would've worked for her (as determined by her browsing through the Party City ad sent to our house), but Sleeping Beauty was her top choice (which I had luckily already made for her pink princess birthday). When I showed her some butterfly costumes she said she also wanted to be a pink butterfly! So I decided all three of us girls could do the butterfly thing this year and be a super girly bunch since this is our last year as all girls (and a daddy).  Franc was the "butterfly catcher" (thanks to a friend who suggested it to me when I was trying to figure out how to incorporate him)! 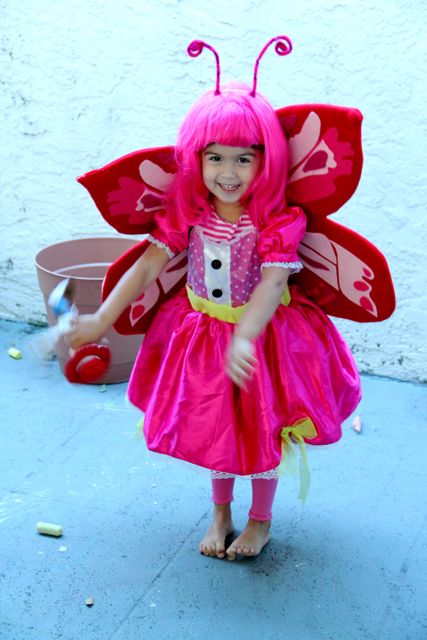 Olivia also picked out this bright pink wig, but then refused to wear it for anything but photos. yay! This was her version of the costume for our trunk or treat and for her ballet class. That day she told me she wanted to be Minnie Mouse, because her friend was going as that. Uh. what? We don't have that costume, but luckily I was able to convince her that this LaLaLoopsy dress (which we already had) was just like Minnie Mouse because of the polka dots... 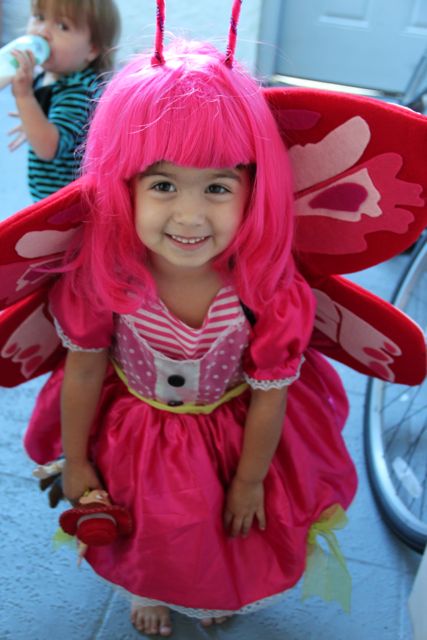 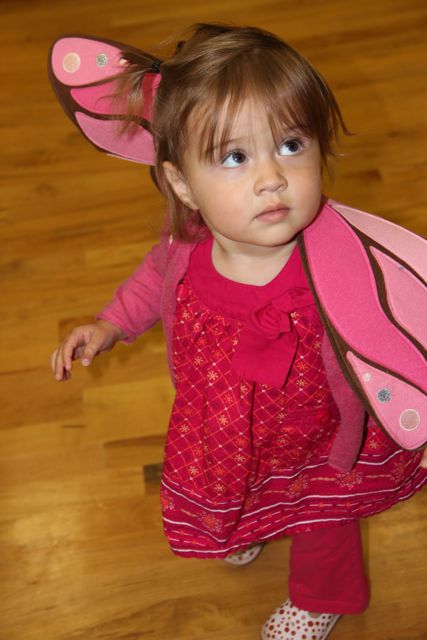 And my other cutie butterfly:) It was fun watching her figure out the whole trick-or-treating thing this year. She ate more candy than made it into her purse.

FYI : I used the Martha Stewart tutorial linked above to make the wings, but just made my own cut-outs/shapes/patterns for the inside of the wings. Amélie's wings were pre-made hand-me-downs from the Gap:)

Hope you all had a HappY HAllowEEn!!! To see our past costumes look at these links:
Quetzalcoatl
Olivia the Pig

Posted by blueeyedfreckle at 1:05 PM Pin It

Love, love love! You are so creative! And what a beautiful family!

Such a cute butterfly family.

Those wings are so great! What a great family photo!!

So cute. You look awesome by the way. Can't wait to see your little guy.